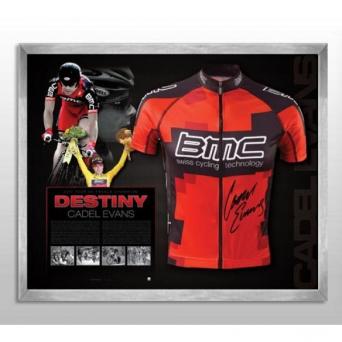 The Tour de France is the ultimate war of attrition. Spanning 3550km over 21 days, 189 of the world’s premier cyclists ride for ultimate glory in a time old tradition that stretches all the way back to 1903. Australia has always been known as a cycling powerhouse in time trials and in the velodromes of the Olympic Games, but despite our best efforts we have never managed to rise to the top of the event that is considered the holy grail of world cycling. Phil Anderson battled his way to 5th place back in 1985.

Cadel Evans, the 34 year old born in Katherine N.T, has now re-written the history books in an effort that had the whole nation cheering him on through bleary eyes glued to late night television. Cadel scaled the peaks of Europe, and in doing so climbed into the hearts of Australia with his guts and bravado as he took it to the leaders all the way to Paris.
A brilliant time trial by Cadel Evans has seen him achieve what no other Australian has been able to, namely claim the most prestigious and grueling test of cyclists in the world – the Tour de France 2011.

To celebrate and commemorate arguably Australia’s greatest moment on the world sporting stage up for grabs is 'Destiny'.  Cadel’s BMC jersey is superbly presented in an archival quality frame and personally signed by the Champion himself.  The product has been limited to just 141 pieces, the same as his participation bib number in le Tour this year.