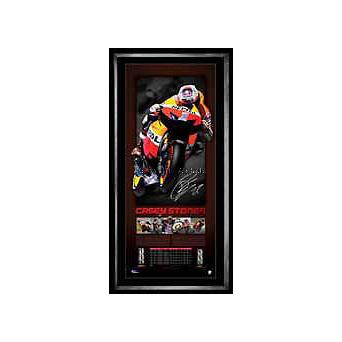 Casey Stoner has called time on a career that had been remarkable from the outset. Stoner was at the peak of his powers having collected the 2011 world title which sat neatly next to his crown from 2007. That triumph came on the back of 10 race wins, achieved at the age of 21.

With 37 wins from 111 MotoGP starts Stoner could hang up his helmet as one of Australian motorsports all-time greats. A dual world champion and one of just three Australians to claim the Moto GP’s ultimate prize. Casey Stoner will go down in the Australian sporting annals as one of the all-time greats!

·         Accompanied by Certificate of Authenticity